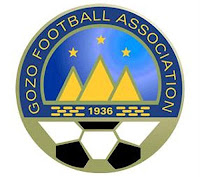 Having made their international debut at the 2009 VIVA World Cup the Maltese island of Gozo went on to host the finals in 2010. Despite home advantage the Gozitans could only finish 5th, matching their performance at their first VIVA the year before. After consecutive appearances the GFA chose not to send a side to Kurdistan for the 2012 tournament.

The Gozo Football Association runs its own league separately from the Malta Football Association but used to have one team, Gozo F.C., competing in the Maltese system. The GFA joined the N.F.-Board in 2007 in order to improve the standard of players on the island with an eye to Gozo F.C.’s performances in the Maltese league, which had been slumping. To date the most recognisable name to have featured for the national side is Daniel Bogdanović, the former Barnsley striker, who played at the 2010 VIVA World Cup.

With Gozo F.C. having now withdrawn from the Maltese league system and disbanded Non-FIFA Football Updates caught up with GFA president Alvin Grech to discuss the state of the game there. During the interview he explained how football had progressed on the island in both men and women’s categories but remained uncertain in regard to any future participation at the VIVA World Cup.

NFFU: It’s almost 3 years since Gozo hosted the VIVA World Cup. How would you say football on the island is performing?

AG: The Gozo teams are performing very well.  We participate with the senior female team, the under-16 female team and the boys under-15, under-13 and under-11 in the Malta FA national leagues.  The female senior team is second in the national premier league while the under-16 female team is doing well too.  The boys are all in the highest league levels so I can say that we really are doing well. For the younger ages we organize weekly festivals for the under-11, under-9 and under-7 teams. Football is part of our culture and quite all people in Gozo love the game.

NFFU: Do you feel the 2 VIVA World Cup experiences were beneficial to the players and staff?

AG: Yes it was a nice experience both for the players and the staff.  We hope that our guests are of the same advice.

NFFU:  You were absent from the 2012 VIVA. Do you have reasons for this?

AG: The reason was accounts; we are a small island and do not have great financial means.  It was too expensive for us to go to Kurdistan.

NFFU: Do Gozo plan on attending the 2014 VIVA World Cup?

AG: It depends on many things, at this point it’s too early to decide.  I have an election for another three years term next season, which is July 2014.  So I must consider all situations before deciding.

NFFU:  You thrashed Raetia in January this year – have you played any other games as an island since then?

AG: We just hosted the UEFA Regions Cup [intermediary round] in Gozo between the 13th and 19th October where we played ATF Ialoveni of Moldova, Rinuzi Strong of Latvia and the Russian representatives Olimp Moscow, and we placed second.  The Gozo team won against Latvia, drew against Moldova and lost against the Russians who won the tournament.

NFFU: Do you have any other games lined up?

AG: At the end of December we are organizing another tournament between Gozo, Mosta, Valletta and a foreign team. Valletta are leading the Malta F.A. Premier League while Mosta are third.

NFFU: Are any players from Gozo currently playing in the Maltese Premier League?

AG: We have various players in the Premier league like Daniel Bogdanović and Ferdiando Apap with Mosta, Shaun Bajada with Valletta and Steve Sultana with Qormi.  Many other youth and female players are selected for the Maltese National teams.  In all we have nineteen players in all categories of the Malta national teams.
NFFU: Is Daniel Bogdanović likely to play for the team again in a VIVA World Cup?

AG: If we participate again we will make use of our best elements that includes all players that play in the Premier League like Daniel and Shaun.

NFFU:  Finally, have you ever considered joining the Island Games Association (I.G.A)?

AG: Yes, but they accept only a limited number of members and told us that they were at their maximum.

NFFU: Thank you for taking the time to speak to us.
Posted by Unknown at 12:38